An Insurance Policy Bought My Family Time to be Together 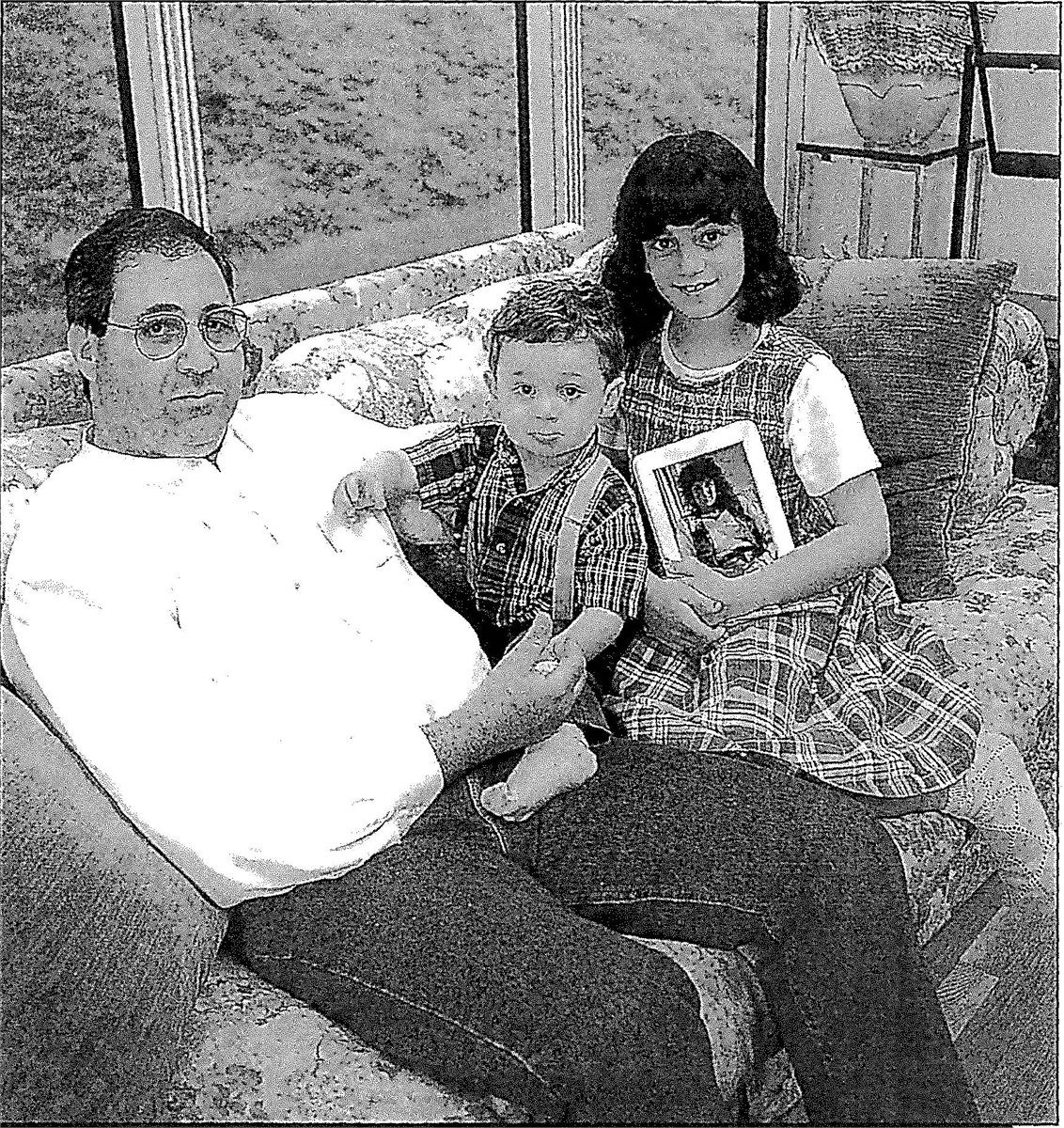 I WAS AN EXECUTIVE IN THE FURNITURE BUSINESS, HAVING WORKED FOR more than 20 years in my family's retail furniture company. When Laura got sick, I stopped work to take care of her and our two children: Harry, then 2 1/2, and Tiffany, 9. It was very important to all of us that we keep Laura at home, rather than in the hospital. By seeing Laura every day and being with her, it helped us understand what was happening to her. There were no shocks about the progression of her illness, which in particular helped Tiffany, Laura's daughter from a previous marriage, cope with the gradual loss of the mother she was so close to.

It was a very tough period and very difficult for the children, too. The only thing that allowed me to take the time off from work to spend with my fami­ly was that we had a series of life insurance policies that helped defray the cost of Lauras treatment and my loss of salary from not working.

Luckily; we were well-covered by policies sold to us by my family’s trust­ed insurance agents, Richard Birnbaum and Hy Groman (now retired) of John Hancock-affiliated Birnbaum Financial Services, East Meadow, NY. While I had a good impression of insurance and those in the profession from my long alliance with Richie and Hy; Lauras experience had been quite different.

Before we met, Laura had pur­chased a disability policy that would cover her in the event of a future maternity leave. The policy-sold to her by a broker who had been in clothing sales in New York before becoming an insurance agent was supposed to pay her a nominal claim, $4,000, if she had another child, to cover a loss of income that would be incurred because she was self-employed. When Laura did indeed become pregnant after we got married, the agent came to our house when Laura was in her eighth month and tried to rescind the policy on a technicality because it was still with­in the company's 24-month contesta­bility period. When we refused to accept the company's reimbursement check for our premiums, they sued us in federal court. Although we ended up settling for more than the $4,000, the experience was a very embittering one.

THE UNSCRUPULOUS AGENT LAURA had dealt with prior to our marriage was someone she had met at the gym. Fortunately, my family had been deal­ing with agents that we have trusted for a long time. Richie and Hy had been taking care of my family's finances for many years. We had and still have a close rapport and I trust them completely I had coverage through the business, but when Laura and I got married in 1994, Richie sold Laura (who was a self-employed lawyer) a term policy so that Tiffany would always be taken care of. When Harry was born, we pur­chased more insurance. Richie talked to us about upgrading our two poli­cies from a total of $350,000 to $500,000, with an increase in pre­mium of only $50 a year. It was lucky that Richie suggested that option because one month after buying the second policy, Laura was diagnosed with her cancer. In fact, had it not been for a fortuitous turn of events with our policies, I may not have been able to devote the time to my family that I wanted.

Shortly after getting the news about Laura, we received a brochure in the mail telling us about an offer to convert Laura's term policies to whole life and allow us to buy 50 percent more coverage-all without submit­ting to further medical tests. Since the insurance company already knew about Lauras illness, I assumed she would be exempted from this cover­age, and I tossed the flyer in the trash-only to quickly retrieve it before throwing it away and fishing it out of the garbage all over again. Richie called us after having looked into the policy and told us that we could, indeed, upgrade Lauras cover­age and convert it to 150 percent of the original amount, even though she had a pre-existing condition. Because Richie had the foresight to sell us a policy with disability-premium waivers, we were able to get the addi­tional coverage for nothing. So we ended up with another $250,000 in coverage without any premium. This ended up being invaluable and mak­ing the difference between whether or not I could afford to take time off from work to be with my family dur­ing this period.

When Laura died, it was such a terrible time. Fortunately, Richie took care of the policies so there was no problem collecting when we needed it most. The money was available quickly and was really a godsend. We had run up large debts with the alter­native-healing remedies that we tried because those were not covered by our health insurance. The treatments were expensive, but when you are searching for a cure to save your wife and the mother of two small children, you don't really think about the money In fact, had it not been for the policies, I would have had to declare bankruptcy I would have had no choice because I had maxed out my credit cards paying for expenses and treatments. I would have had to go back to work right away and would not have been able to spend time with the children, to help them through the grieving process.

I have stayed out of work for more than a year now. From talking to other people who have lost their spouses, I would say that many need to take an extended period of time off to be with their families and not jump back into the workforce. Interestingly, others that I have met through a bereavement group I attend in my Connecticut community-profession­al people who make good incomes say that while they have taken out large insurance policies on their own lives, many had not thought to sub­stantially cover their spouses. They tell me that it would have helped them enormously not to have had to go back to work right away to pay the bills-the insurance money would haw given them the opportuni­ty to take time off.

The year that I have spent with Harry and Tiffany, remembering Laura, has made me recon­sider what I want to do. Our ordeal in a sense was a hard-learned education of what support people need in times of crisis and loss. Richie and Hy offered compassionate service in my family's time of need-but other bro­kers and providers during that period only added to our misery I think that I could help people the way many others helped me. I have talked to Richie about joining him at their insurance firm and am contemplating getting my insurance license. I have seen first-hand how long-term-care and life insurance can help make a tragedy a little more bearable.